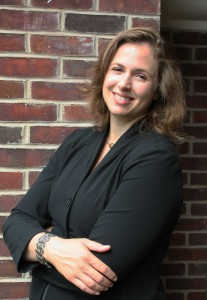 “I was amazed to see that a staff member at MIT nominated my work, and then see it receive the same number of votes as a component of the Apollo Lunar Lander module,” Nakra said. “The whole experience was incredibly thrilling!”

The MIT 150 Exhibition celebrates the sesquicentennial of MIT’s founding and features 150 objects created by members of the MIT community, including a model for a stair-climbing wheelchair and the world’s first pocket-sized scientific calculator.

Keith Lockhart, conductor of the Boston Pops Orchestra, wore the jacket that is in the museum during the 1998 Tech Night at the Pops concert, an MIT reunion event. A screen above the orchestra showed an artistic interpretation of Lockhart’s performance using the data collected by the conductor’s jacket.

Deborah Douglas, Curator of Science and Technology at the MIT Museum, said, “We’re thrilled to have this object because it’s a very unusual and provocative research project. Having it in our collection allows us to tell important stories about student research and the unique qualities of the MIT Media Laboratory, as well as illustrate one of the most beloved traditions of the MIT alumni, Tech Night at the Pops.”

For more information about the MIT 150 Exhibition, visit http://museum.mit.edu/150/.