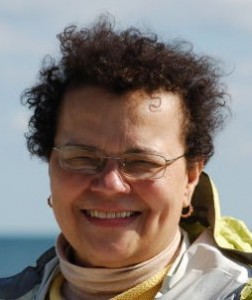 EWING, NJ … TCNJ psychology professor Ruth Hall has been selected to receive the Award for Distinguished Contribution to Ethnic Minority Issues for 2011. This award is given by the Society for the Psychological Study of Lesbian, Gay, Bisexual and Transgender Issues (Division 44 of the American Psychological Association).

Hall won this award for the extensive research she has done that integrates issues that LGBT people and people of color face. Recently, she has been studying the consequences of homophobia. “Gay-bashing is very common—people aren’t treated equally,” Hall said. She cites this unequal treatment as a reason why LGBT people have the highest teen suicide rate. “People grow up having negative feelings about themselves, and since a lot of adults aren’t out, young people don’t have role models.”

Hall began studying minority LGBT issues about 25 years ago, in part because of personal experience. “As a lesbian black woman, my own experiences and the experiences of many of my friends were catalysts for me going into this research,” Hall said.

“There’s not a lot of visibility about issues regarding LGBT people, women and colored people,” Hall added. “I became an academic to teach students about these issues and write about them.”

The Society for the Psychological Study of Lesbian, Gay, Bisexual and Transgender Issues supports research and promotes education about the diversity of human sexual orientation. For more information, visit http://www.apadivision44.org.