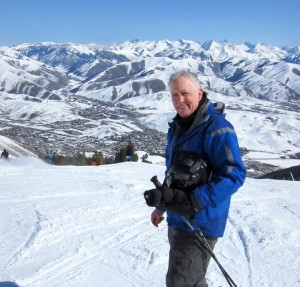 EWING, NJ … Social inequality is a theme running through the articles selected by John C. Pollock, a professor of communication studies, for a special issue of a leading journal, Mass Communication and Society, in November/December 2011.  Titled “The Community Structure Model: Innovations in Exploring the Impact of Society on Media”, the symposium views media from a “contrarian” perspective.  Instead of examining the impact of media on society, the perspective adopted by most media scholars, the “community structure” approach does the opposite by exploring the impact of society on media.

Although previous research in the community structure tradition emphasized “top-down” roles for media as “guard dogs” protecting or reinforcing the interests of elites, articles in the new collection emphasize “bottom-up” roles for media as mirrors of the interests of “vulnerable” groups such as the poor, the unemployed, those in high crime areas, as well as those who have been historically marginalized such as women, gays, African-Americans and Hispanics.

According to guest editor Pollock, who served as a Senior Fulbright Scholar in Argentina giving lectures on journalism, amassing evidence that media can mirror social inequality represents an “emerging realignment” in modern journalism research. Pollock said, “Traditionally, US journalists have clearly articulated professional norms of ‘objectivity’ and ‘balance,’ avoiding the appearance of favoring the interests of any particular group. In Argentina, by contrast, where I spent the spring of 2010 giving lectures on the connections between social inequality and media coverage, journalists are proud to champion the interests of the disadvantaged, proud that they illuminate inequities in affordable housing, access to education, access to health care, and living conditions generally.”  Pollock continued, “I hope that the same respected US journalism tradition that threw a spotlight on inequitable treatment of women and African Americans can nurture journalists’ confidence in their capacity to illuminate modern social inequality generally.”