Holly HK Didi-Ogren, assistant professor and coordinator of the Japanese language program at The College of New Jersey, has been awarded a long-term research fellowship by the Japan Foundation for the 2013-2014 academic year. Awarded to scholars with exemplary knowledge of and interest in Japanese culture, the Japan Foundation fellowship provides recipients with funding to support an extended stay in Japan to conduct research on a topic related to Japanese culture. Didi-Ogren will conduct her research on “Language and Place: The Life of Iwate Dialects in Relation to Gender, Region, and Social Place” 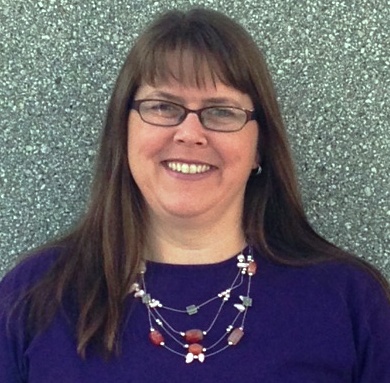 while on sabbatical in Japan from August 2013 to June 2014 in Hanamaki, Iwate Prefecture.  Dr. Deborah Compte, co-chair of TCNJ’s Department of World Language and Cultures, comments on Didi-Ogren’s award, stating: “We [of the World Languages Department] are of course delighted that Dr. Didi-Ogren has received this fellowship. It’s a clear affirmation of her dedication and contributions to the field.”

A professor for all levels of Japanese language, as well as for courses focusing on Japanese culture, Didi-Ogren became fascinated with Japanese culture after a trip to the country in middle school. Today she studies the Japanese language, using her degree in linguistic anthropology to examine the part language plays within the culture. She’s especially interested in the use of dialects and language patterns and how these shape cultural expectations and norms in Japan.  “For example,” Didi-Ogren explains, “In English, if a colleague sees you in the hallway and he says “How are you doing?” He probably doesn’t really want to know, it’s just a formalized greeting. But you wouldn’t know that if you just knew the literal words of the language … so there are patterns, sort of expectations, that can be read through language, and that’s broadly what I study.”

Didi-Ogren focuses specifically on Japanese “speech levels,” examining how the language used in conversation changes depending on the age, social class, and relationship of the two speakers.  By examining verb endings and deictic markers, words such as “he,” “she,” or “it” whose meanings depend on context clues, she observes shifts in formal and informal speech within conversations, and investigates reasoning behind these shifts.   Her research requires her to observe natural conversation between individuals of different ages and social statuses, through the use of a video camera planted in a work area for an extended period of time. “I’m kind of intervening in something [the participants] are already doing, of course with their permission, because I want to get data that’s as natural as possible.  So, it’s not obstructive and it’s not something where people are talking to the camera or talking to the researcher.” Didi-Ogren plans use her research in Hanamaki as a “starting point” for doing similar research in other areas of Japan, hoping to ultimately compare conversation patterns from different