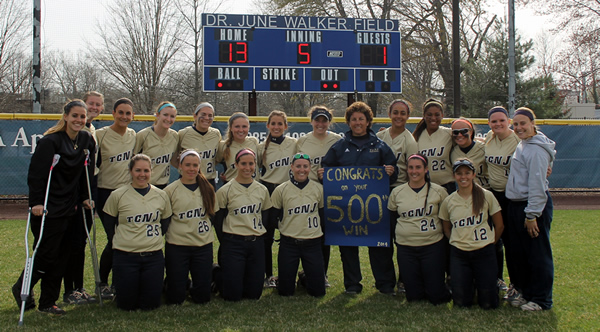 The 13-1 win in today’s opening game was the 500th career victory for head coach Sally Miller. In 19 years of directing the Lions, she has compiled a mark of 500-256-2 and is the 39th coach at the Division III level to reach that milestone. She is currently 27th on the active win list among Division III coaches.

Miller has won at least 20 games in 17 of her first 18 complete seasons at the head of the program and guided the Lions to eight NCAA Division III Tournament appearances, including the 1996 Division III Championship.

TCNJ continues conference play on Tuesday, April 22 when they head to Rutgers-Newark for doubleheader starting at 3 p.m.