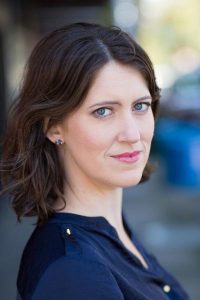 On Wednesday, September 27, Dr. Rachel Pearson, author of No Apparent Distress: A Doctor’s Coming-Of-Age on the Front Lines of American Medicine, will share her insights into how America’s current political climate affects the future of healthcare, and what that means for poor and underprivileged citizens seeking medical treatment. Her lecture, which is hosted by TCNJ’s Summer Reading Program, will begin at noon in Kendall Hall and be followed by a book signing and Q&A.

The term “N. A. D.” (No Apparent Distress) is often used to describe patients who appear to be in stable condition. Ironically, Pearson also applies the phrase to America’s current medical system, and the stereotypes surrounding those who cannot afford health insurance. Pearson’s memoir is a collection of illuminating clinical episodes that gives a voice to those in need, ranging from comedic encounters to eye-opening tragedies.

Dr. Rachel Pearson is a pediatric resident at the University of Washington Medical Center in Seattle. Before deciding to become a doctor, Pearson attended the MFA program in creative writing at Columbia University. She later went on to earn her PhD in medical humanities from the University of Texas at Austin. Her work has been featured in numerous magazines, including The Texas Observer, Scientific American, and The Guardian. She has also been a featured speaker on numerous public radio stations, such as Kiro Radio, Public Radio Tulsa, and Public Radio International. Her latest appearance was on C-SPAN television network.—Kristen Capano ’18