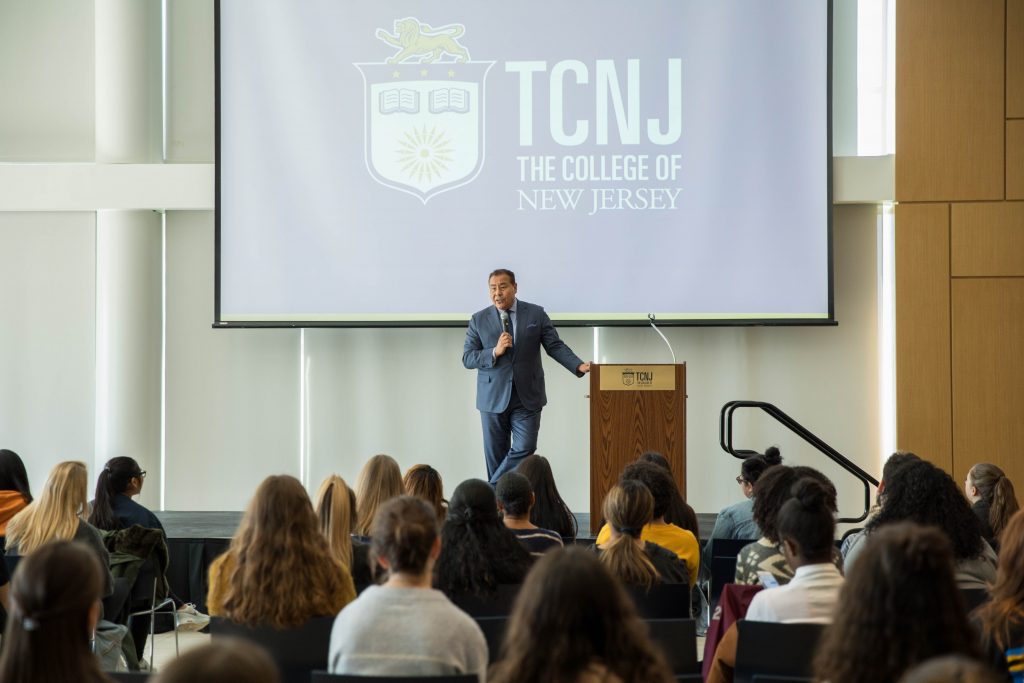 John Quiñones, host of ABC’s “What Would You Do?” spoke to a packed house in Brower 100 on Tuesday, October 31, in celebration of Hispanic Heritage Month. During his talk, he recounted the obstacles he faced in pursuing his dream career and asked the campus crowd to consider question, “When you witness an injustice, do you step in or step away?”

Quiñones, a professional journalist, described the struggles he has faced as a Mexican-American working in TV news, as well as the unique perspective he has on life because of his ethnicity. Growing up in poverty in San Antonio, Texas, he experienced discrimination at a young age. He remembers being punished by teachers for speaking Spanish at school and feeling self-conscious about the tacos and tortillas he brought to eat for lunch.

At the age of 12, Quiñones decided he wanted to be a TV reporter and despite his own teachers telling him it would never happen—based on where he came from, the color of his skin, his Spanish accent—he persevered. He faced injustice after injustice, including blatant racism, but never gave up on his goal.

Quiñones stepped in, rather than away, in the face of inequality, and his act of courage paid off. Now, he works for his dream company, ABC News, and is the proud recipient of seven Emmy Awards.