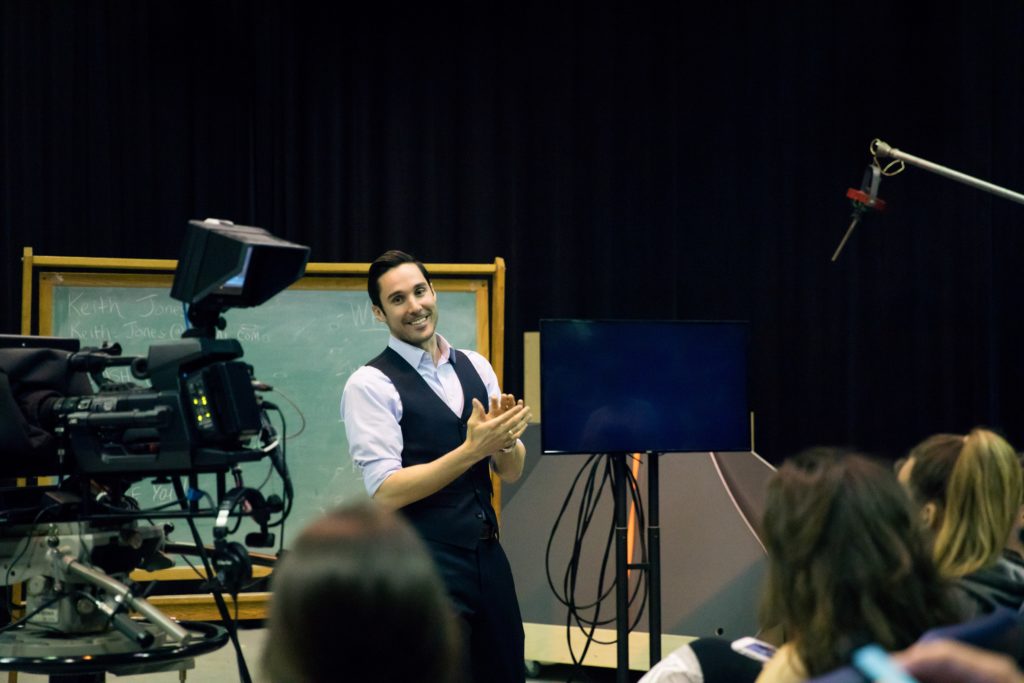 On April 8, NBC 10 News Anchor Keith Jones spoke to a group of hopeful TCNJ students about the changing world of journalism and broadcasting.

A Jersey native, Jones grew up in New Egypt and Piscataway. “Consider me to be one of you guys,” he said.

Jones wasn’t always interested in broadcast journalism. He attended Villanova University as an undergrad with the hopes of becoming a basketball star. “What I didn’t realize,” he admitted, “was that I wasn’t very good.” Still wanting to be part of the team, he became the student manager where he began to take notice of sports reporters and considered a career as a journalist.

Here are four lessons he taught us about the world of journalism.

1. You learn more from failure than you do from success.

Getting into journalism can be challenging, he warned. But Jones encouraged students to not be afraid to make mistakes on the path to their dream careers. “Sometimes students are so afraid to fail they don’t fully commit to their pursuit,” he says. Mistakes are an important part of the process.

2. There’s a difference between print and broadcast journalism.

With print journalism, Jones says, “We reach the heart through the head. Your brain decides whether your heart gets involved.”

With digital media, it’s the opposite. You choose to think only about the things that capture your heart. As Jones puts it: “The moment the heart goes to head, we’ve hooked them and we’ve done our job.”

3. Writing is the backbone of journalism.

As a broadcaster, Jones writes scripts about events he’s covered. There isn’t much time for editing, so they must be clear and concise. According to Jones, you can be smart, confident, and a good conversationalist, but you will never make it in the business if you are not a good writer.

4. The key is authenticity.

Whether you’re interested in print journalism, digital journalism, or both, you must be comfortable talking about what you have written. If you are able to speak confidently in front of a camera, you will stand out.

Don’t go into it trying to emulate people you see on TV. “The one person that sounds like you and talks like you is you,” he finished.