Out of 1,223 faculty-nominated sophomores and juniors across the country, only 496 students received the Goldwater Scholarship. The award offers up to $7,500 per year to cover costs associated with tuition, books, and room and board.

The Goldwater Scholarship honors students who plan to pursue graduate degrees in STEM fields. Only students with impressive academic and research credentials are chosen as scholarship recipients. 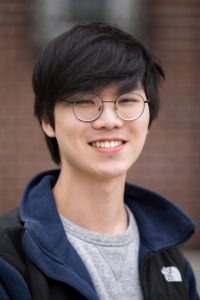 Aaron Lee was recently inducted into the prestigious Phi Kappa Phi and Phi Beta Kappa honor societies. Now he has a new feather for his cap.

Lee is a biology major hoping to pursue a PhD in plant evolutionary biology. “I’m interested in how we can leverage big data and computational power to approach questions about biodiversity,” Lee explained.

Recently, he has been working with associate biology professor Dr. Wendy Clement to study the evolution of the honeysuckle family. “I’ve been using the ELSA high-performance computing cluster to process, analyze, and store huge amounts of data that I otherwise wouldn’t be able to do on a desktop computer in an easy or efficient way,” says Lee, “This has allowed me to address questions about how a specific gene has evolved across the honeysuckles and their relatives, as well as take a step back and test new methods to assess species-level relationships in the honeysuckle family.”

Last summer, Lee worked as a research intern at the plant genomics program at Michigan State University. He worked with Dr. Shin-Han Shiu and graduate student Bethany Moore to predict the function of genes in tomatoes.

“It really speaks to the quality of education, mentorship, and support that we are getting here at TCNJ to get recognized on a national level, and I’m incredibly grateful for everyone at TCNJ and MSU who helped me to grow and think like a scientist!” Lee says.

Lee is secretary of the Tri-Beta Biological Honor Society and works as a peer tutor. 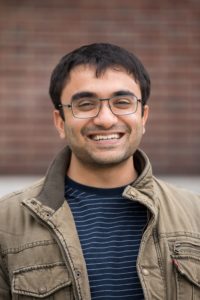 Avi Shah is a biology major with a particular interest in the nervous system. Shah hopes to learn more about cognition at the cellular level.

Shah has worked on two research projects in his time at TCNJ. The first project studied the mechanisms of alcohol addiction. Shah observed the development of tolerance and the emergence of withdrawal syndrome in mice.

The second project, SlimShadey, began when Shah participated in MUSE with biology professor Sudhir Nayak. “SlimShadey is a computer program for analyzing biological sequence data, like protein and DNA, and finding important differences and similarities in those sequences,” says Shah.

In the near future, Shah will begin a new project, which will require him to analyze cancer cell imaging and gene expression data.