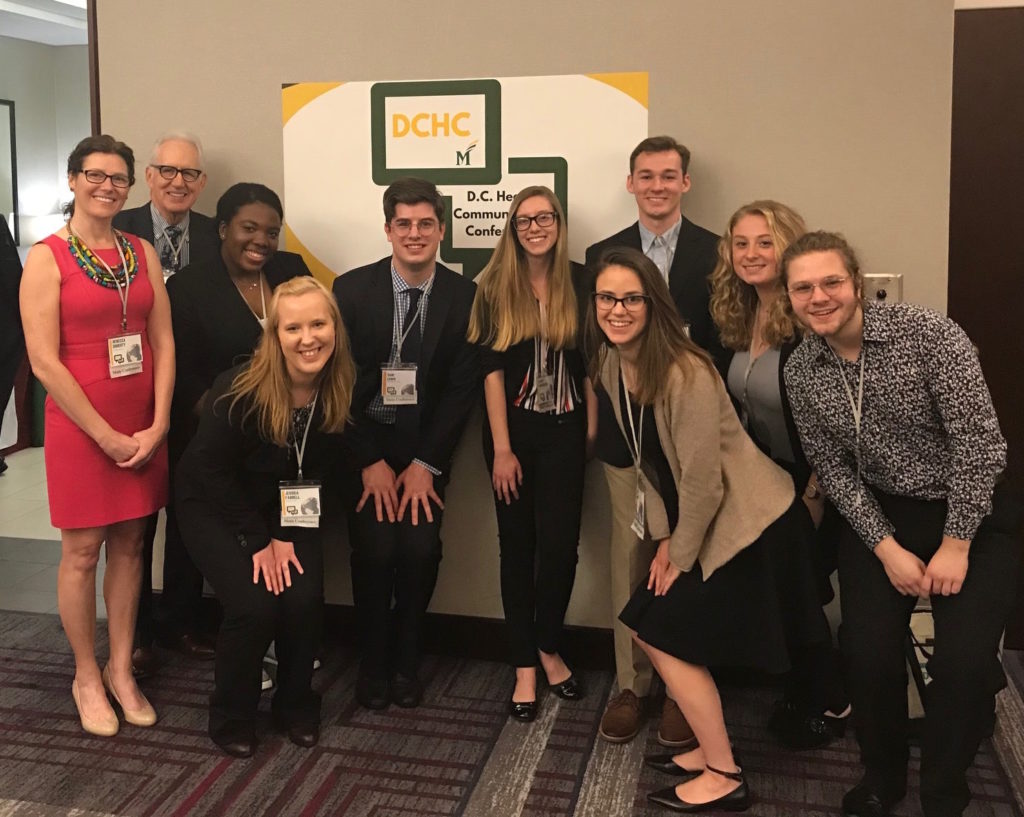 TCNJ’s Department of Communication Studies furthered its reputation for producing top-notch undergraduate research, with a record-breaking number of student-authored papers chosen for presentation at the D.C. Health Communication Conference in Fairfax, Virginia.

Eight TCNJ students were the only undergraduate students in the nation invited to present papers at the conference hosted by George Mason University that took place on April 26–27, 2019. Communication studies and public health majors presented on a variety of issues related to this year’s topic, International and Global Health Communication Research.

Each paper — co-authored by TCNJ Professor John C. Pollock — tested Pollock’s Community Structure Theory, which posits that city or national demographics have the power to influence media coverage of national and global issues.

“We chose safe drinking water as our area of analysis because we recognized that it is a widespread national issue,” says Hendrickson, “Cities across the nation have individualized safe drinking water hazards and we were interested in seeing how various newspapers approached these problems.”

This was Hendrickson’s first research conference, and she says the experience was humbling. According to Hendrickson, it is the extensive original research TCNJ undergraduates conduct in Pollock’s course that gives them a leg up over students from other institutions.