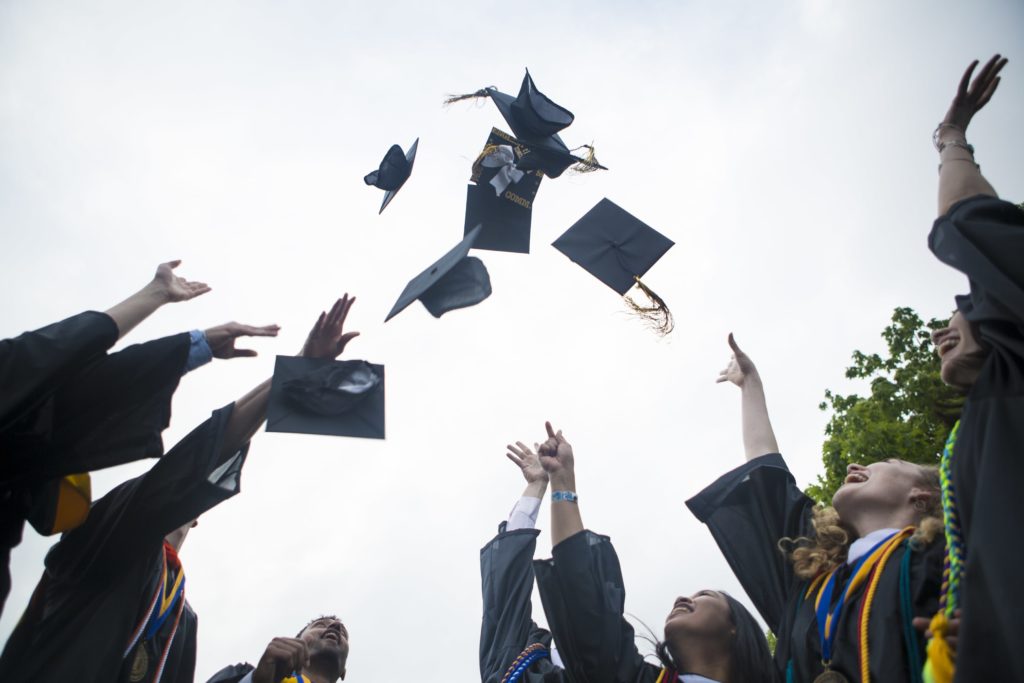 We asked members of the Class of 2019 what might be the single most terrifying question you can ask a graduating senior:

“So, what are you doing after graduation?”

Here’s what lies ahead for 16 of them. Want to see your name on this list? Let us know what you’re up to!

Emily Kazenmayer, computer science
She’s jetting to the west coast where she’ll take a position at Amazon at their Seattle HQ.

Danielle Parks, philosophy
She’s traveling to Cameroon as a member of the Peace Corps, where she’ll work on projects related to agriculture and education.

Chris Blakeley, civil engineering
He secured a gig at WSP USA as an assistant design engineer working on roadway-related projects in Pennsylvania and across the country.

Nathaniel Hirschman, finance
He landed a gig in health and benefits consulting at Willis Towers Watson — but first he’s going on a free trip to Italy sponsored by the National Italian American Foundation.

Sarah Sleiman, management
She’ll start a position as a success specialist with Amplicare in New York — and continue to work on her successful business start-up, Code the Future.

Samantha McCallion, elementary education
She’s on her way to teach in Japan through the Japanese Education Training Program.

Shirley Hecht, technology education
She’s got a teaching gig in her home district of West Windsor-Plainsboro.